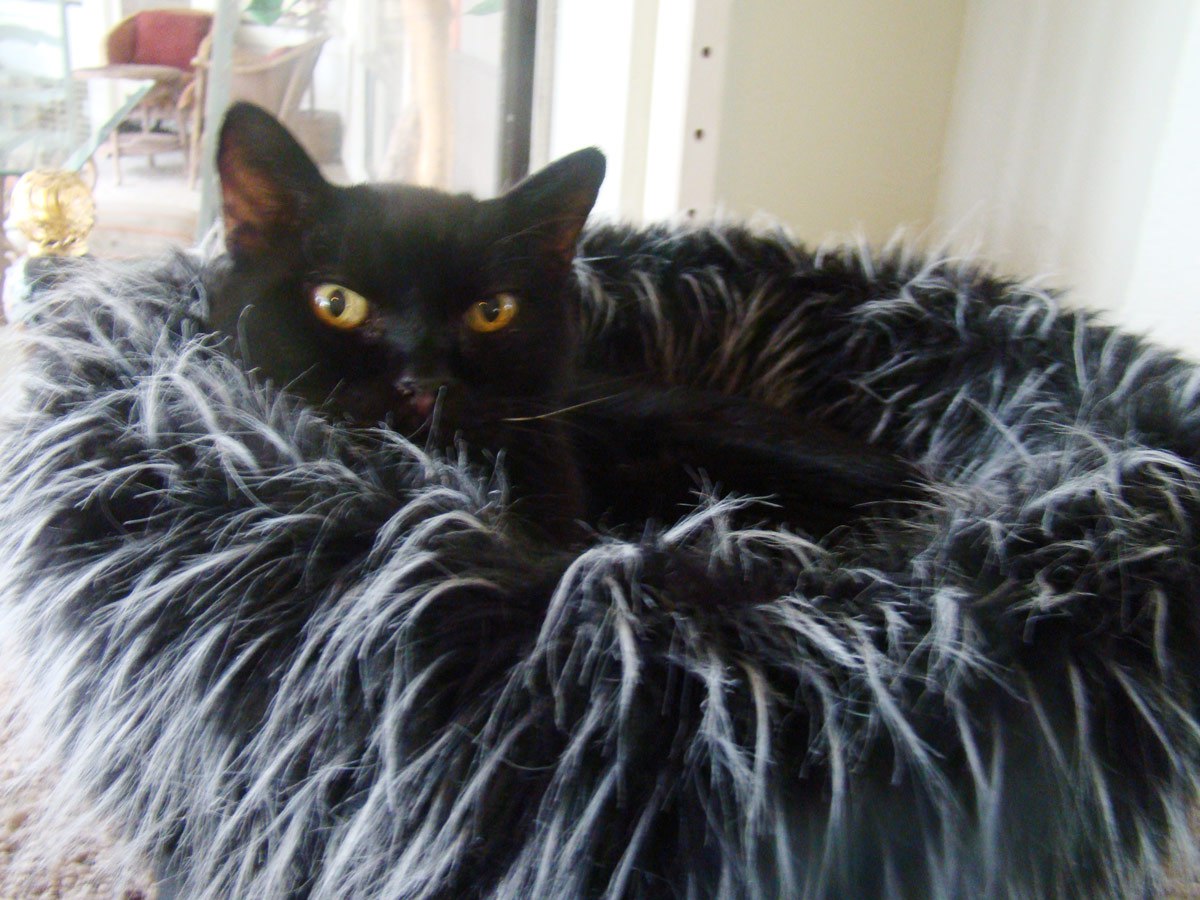 Where to begin I wonder, to talk about this somewhat shy black panther who came to BrightHaven back in 1993, along with his twin sister, Olivia. The differences between the two were immediately obvious…one large and black; the other a minute tortoiseshell with attitude!

Olivia, or Livvy stepped into BrightHaven society that day, and with a flick of her imaginary fan and a toss of her long flowing hair, she had captivated the entire crew in a mere moment—just as she knew she would!!

She held court daily in her chosen places and one could not quite recall life before her arrival—said the young men…Panther on the other hand was large, clumsy, shy and gauche. Both were de-clawed and neither were averse to giving a quick and defensive bite if scared, but mostly, for his first few days, Panther sat at the sidelines and became a voyeur…that is, until he was introduced to the “wild boys gang”.

The wild boys were the BrightHaven feral clan at that time. There was Adam, Gary, Ashley, Kim, Tina, Daisy and Fred—all inseparable in their fear of their large and two legged housemates! They ate together and slept close. They played in the garden together and literally hung out as any gang members would!

Just one look was all it took (where have I heard that before I wonder?!) as Panther laid eyes upon the rakish and extraordinarily tough-guy, Gary. After a quick sniff, followed by a subservient head butt from Panther, the deal was set. The two became “one” in an instant and became inseparable until the sad day of Gary’s death in July 2008. As you will see from some of the photographs here, they literally lived side by side, even in the days when Panther developed more confidence and actually became quite a debonair man about town—but Gary was never far away…

Time rolled on and the boys moved first from Southern California to the North, to Kenwood—a large house where they really had fun! From there we moved again to Santa Rosa and it was here really that Gary began to change more in his golden years, or maybe his prime. Over the years we fancifully believed that, as Panther become more socially inclined, that Gary might follow suit and were thrilled to find that, when curled in bed together, Gary now would happily pretend it was not happening and be able to allow himself be stroked lovingly by a human, from head to toe. Of course the minute Panther moved or one became too ardent—he was gone!

Then things changed drastically in 2008 when Gary’s health deteriorated rapidly and his chronic renal disease caught up. Gary had been very successfully treated homeopathically, but we had never been able to give him subcutaneous fluid therapy to help with his dehydration and so it was amazing that he lived into his late teens—we wonder if love was the essence.

Many times, we have seen animals saying goodbye to each other as death approaches, and were prepared for the parting of this wonderful boy team. Sure enough, during the period of Gary’s demise, we saw them distance as Panther moved to another room to sleep, leaving his friend mostly alone by day and night. (Please read the full story of Panther and gary’s life together).

One often hears how, after the death of a life-long partner, the one left behind can never again really find the will to continue on with life, and grieves until their time comes… and that is just what Panther did. He remained loving, affectionate and always close by for comfort and care, but always with that far away look to his eyes. His own illness finally took a turn for the worse and, despite the very best efforts of his wonderful Dr. Marcia (Martin) and the entire BH team, Panther was clearly on another road and not to be disturbed. You may have read by now in Nicki’s obituary or my emails, of the dreams of both Blanca and Jessica surrounding the deaths of Nicki and Panther…and so it was to be.

During that long week, which we will never forget, Nicki lay outdoors and Panther lay indoors, both gradually winding down to be in that special place from which to slip away to new life, and this Panther did at 7pm that night, just exactly 12 hours before Nicki, his trusted steed was ready to take him onwards. Fact, fantasy or fiction—who’s to say? We rest comfortably in our belief and firmly trust that all is well.

The soul should always stand ajar,

ready to welcome the ecstatic experience.

Download PDF version of this story and see more pictures. 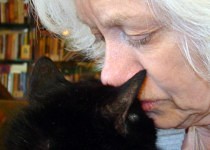 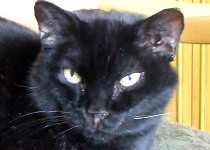 Happiness with Gary and Panther 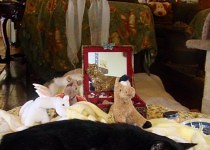