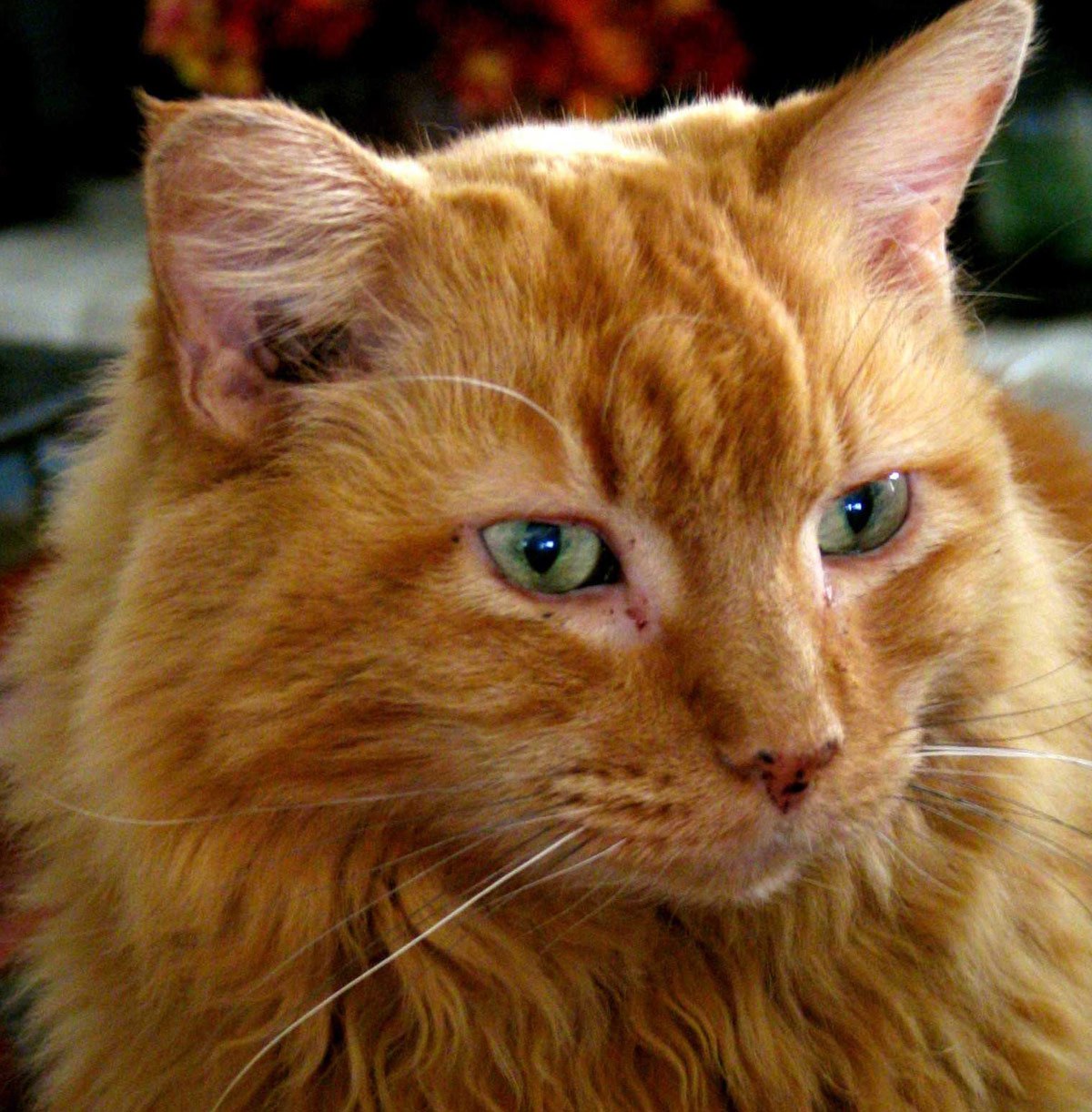 Once again BrightHaven reaches the end of another incredible era. Just three short weeks ago at the grand old age of 26 years, Trevor told us of his impending demise and invited us to join him on his journey. As so many old souls before him this huge old lover boy knew his path well and has spent his last days basking in the love of his family – both humans and animals, aided by, a few well chosen homeopathic remedies from his Dr Chris, and ever flowing Reiki. He died so peacefully just a little after 430am today. Trevor has had a “dicky heart” as we say in England for years and, after a little more than ten years with us it is now his time to leave. We all know that.

Trevor came to BH in 1998 from New York after his beloved owner died and subsequently his rescue lady fell upon hard times. She decided to come to California to find her pot of gold ..and we all know the ending to that story!! Trevor ended up in a shelter with his family and BH agreed to take the elders of the group and so friends, Nigel, Millie and Meri came to live with us too. Trevor sadly for us joined them today.

And so my story begins.

It has been terribly hard to say fare-well to this much adored man, but so charming and special to see the other animals gathering to return some of the love and compassion he has shown to so many others over the years. Although his body was exhausted and worn out, his spirit remained strong and he basked in the deep love and reverence shown to him by the BrightHaven family. Here you see him wrapping his huge old body round the tiny Ms Emily as she lay dying…

And here left he is helping new boy dog Joey feel more at home in his new family surroundings and in his brand new chariot (well wheelchair to some!!) 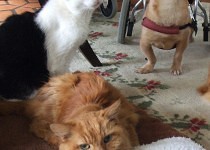 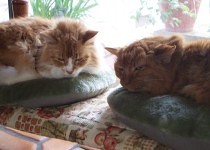 Trevor and Gingi napping on the pillow 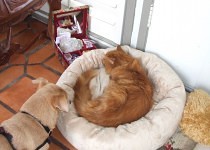 Trevor with Joey and the Crystals 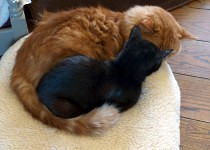 Emily wrapped up in Trevor 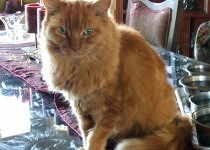 Trevor on the dining table 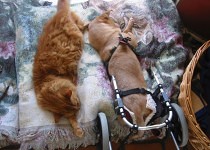 Trevor and Joey passed out!