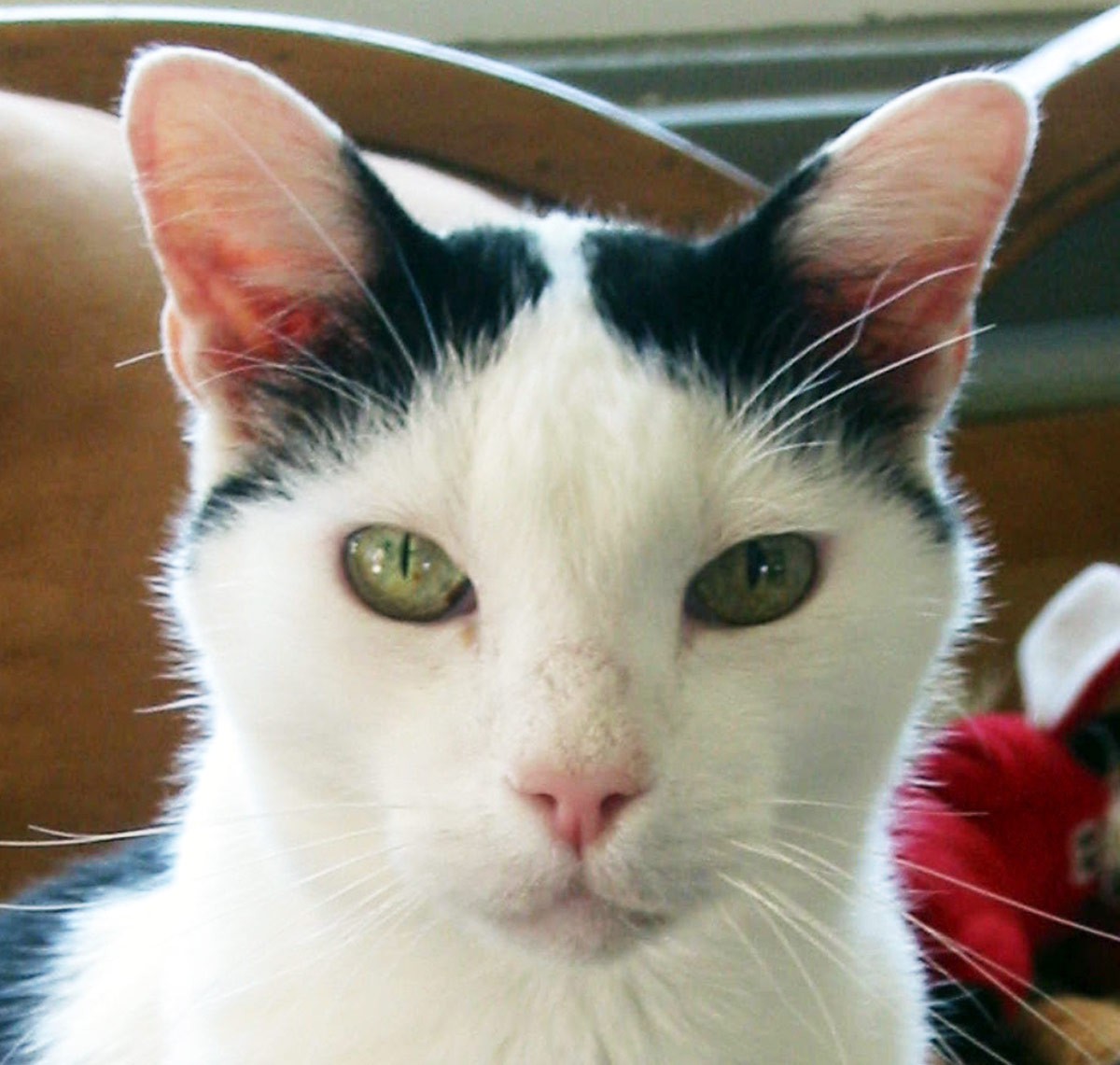 2008 Beauregard has been the undisputed leader of BrightHaven and its “rat pack”, for more than a decade. One look at his magnificent physique has always been enough to alert one to being in the presence of someone “different” and today I simply cannot believe him gone from us.

Beau came to BrightHaven in 1993 with his brother Louie-Louie. His loving elderly lady owner was forced to go and live with her family in Hawaii and could not take her boys.

Louie, a huge, old sweet boy, settled quickly in our home, but Beau took a little longer. He was strong and tough and although already geriatric by modern standards—he was not at all sure he was ready for retirement in any shape or form!

The charismatic Beau soon invited Derek, Eric, George and Marley to join his gang and voila! – the birth of the BH rat pack! He was a rough diamond – a tough guy, very forceful, and soon became the BH mastermind. Beau arranged, and was present at all family or animal meetings, and the one to whom homage was given. Beauregard was never above fighting for his beliefs, but generally had no need. He was a born leader. The picture on the left was taken of him 10 years ago, and you will see that he really looked no different as he reached his middle twenties—as shown to your right!!

We began to notice Beauregard’s dignified and regal presence at our own family meetings and, as the years rolled by learned to invite him. He was someone to tell our troubles to and he was always “there” for us. Beau led the move north; first to Kenwood, and thence to our home here in Santa Rosa, where he simply continued his reign supreme, with tough wild lady “Linda”, as his moll.

In the middle years, Beau turned his talents to organizing tours and such for human guests. He also presided at our Rose ceremony, and this photograph is one of my favorites, as he presided over the table at our tearful fare-thee-well for my darling Tim.

So many of you will know of the turn his life took in later years, as he gave attention to hospice care, and along the way bidding sad farewells to Derek, George, Marley even Linda too. Eric alone, is left. As his own health declined, Beau enlisted the help of Gingi to be his co-chair. Their most memorable work together, being, of course, the devoted and tireless care of Trevor.

I am stricken too, that Gingi may soon choose to follow his friend. Before he left, we had not fully realized that Beau had become our rod and staff, our strength, the wind beneath our wings you might say. Now, we do—and the hole in our home and in our hearts is immense and our grief at this parting, just indescribable.

“To know that one life has breathed easier because you have lived; This is to have succeeded”
-Unknown 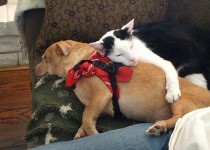 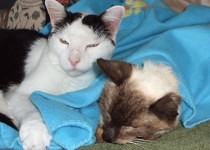 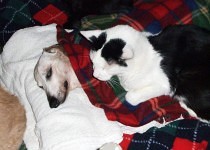 Beau and her friend Ollie