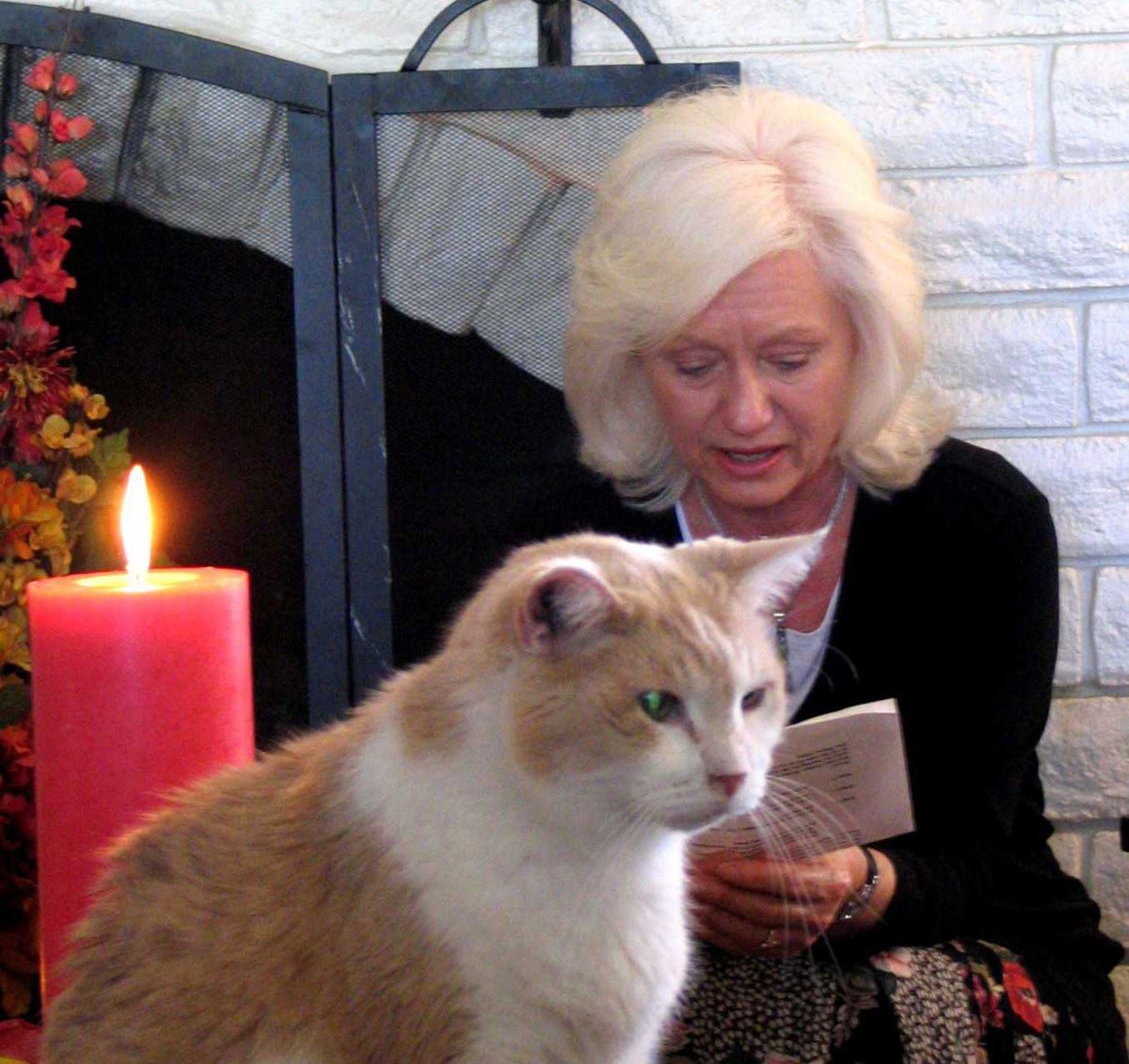 The Life and Times of Mr. Woody

One clear thing about the genial Mr. Woody right from the very start, was that his life before BrightHaven was filled with love. This gentle giant loved everyone he met, and was delighted to lick every single human nose that came his way.

Before BrightHaven, his recent past life was a tale so sad as to tug at the heartstrings, and even now we often shed a tear for what must have been the most traumatic day in his life.

I refer to the day when fifteen year old Woodman and his beloved elderly gentleman flew by airplane together to begin a new life with family to better care for them both in Los Angles. Only, Woody arrived in L.A. alone, as his owner had suffered a heart attack en route and died, without seeing his precious Woody again.

The grieving family gladly took Woody home to share their life in the name of their Dad, but the next event will strike sadness in even the most cold-hearted! After only three short weeks of happiness in the arms of a daughter who honored her Father by loving his cat dearly, this lady also fell victim to a sudden heart attack, and died.

The second daughter, grieving for her sister and Dad, took Woody home, vowing to care for him for the rest of his life, but this was not to be, as both Woody and the two family dogs had other ideas. Everything possible was done to try to integrate the family, but Woody was clear. He would simply not tolerate the pair of noisy dogs. He wished to pack his bags!

The day Woody arrived at BrightHaven was a mix of sorrow and joy. Mr. Woody made it clear from the start that he had booked his place here long ago—and started work immediately to chastise all dogs, cats too (!) and show them he would tolerate no bad behavior. He would be the new boss—and he was. Several powerfully aimed right swings of a heavy paw in Patti’s direction sent this sweet and fearful shepherd lady running, with tail betwixt her legs, and he was obeyed universally.

Woody then set to work with gusto to settle into his new life. This he did quickly, sampling many beds and laps and of course, bowls of food. Woody adored his new diet and we realized quickly that a set of corsets might need soon to be on order for our portly new resident!! We noticed early on that he was not entirely well, but paid scant attention to the sniffles, but as the days went by, realized this was no light cold and Woody had a very deep rooted and life-threatening, chronic illness.

To cut a long story short…Before BH, Woody was treated to suppress symptoms of rhinitis and stomatitis, with steroids, but they did not work, and soon he was in grave need of help. Dr. Larry Bruk, succeeded by BH’s own Dr. Christine Barrett, came to the rescue and over the next few years, helped by some extreme dental work, achieved an amazing remission and a so-much-easier, and symptom free life for Woodman. Those who have known and fallen for this handsome tubby guy, will sit for ages in an exchange of stories of how he loved them best and how he would lick and lick their noses and then sneeze, with awful wetness, all over their faces!! They did, and will, laugh in glee—never horror(!!) of the mess, for who could resent anything gladly given by this gay lothario!

The delightful Woodman answered to many pet names. He loved them all—from simply W, to Mr. Woody to Woodster, Woodman, or other funny nicknames bestowed upon him by his adoring fan club!! It wasn’t only humans that loved this big old codger—his lady friends, gents too, they numbered many. You will see several of his friends pictured here in memory of the love they all shared—some still with us, some not. He cared for them as they were leaving and those left behind cared for him in the days thereafter. His friends will recall he was the first at Patti’s side when she lay dying…

I want to name a few of his late departed friends. There was Beauregard, Ralph, Ollie, T.T., Barney and Simon and ladies Jackie, Charlie and Patti. Those left behind to join us in our memories number Sammi, Eric, Johnnie, Vancouver, Blue, Joey, Oliver, Lucy and sweet Furbee. Space permitting, I will show you them all…!! Of latter years his favorite moll was the delightful, diminutive DafneAnn, with whom he chose to sleep for the last several months of his life—after leaving the lovely, but matronly Lucy, in the lurch! You will recall reading of Daf-Ann most recently, in the story of his illness.

Three days before his death, Woody bade Daf fare-thee-well and went to lie on Ollie’s bed for the last time. He did not get up again, and his friends honored his request for privacy. We determined we could not leave him be, and would tend to his every whim and need. There were none. Woody lived the happiest life and planned for himself the sweetest death.

The tubby guy in rumpled dungarees; leaning at the bar with a pint in his hand; chatting amiably to all who chanced by…… left my arms with such speed and gentle peace, that I am still remembering the warmth of his touch and his sweet breath on my face as he said goodbye…perhaps to catch that 9 o’clock bus for which he had been waiting…?

“Praise and blame, gain and loss,

pleasure and sorrow come and go like the wind.

To be happy, rest like a giant tree in the midst of them all”

Download PDF version of this story and see more pictures. 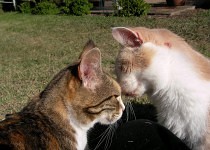 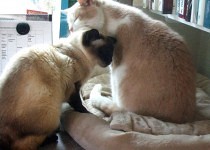 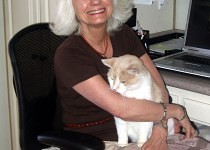 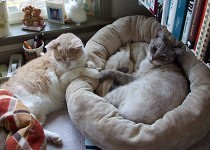