Meet our former lifetime sanctuary residents who are now under the lifetime care of BrightHaven’s Gail Pope in her home, as they are either in need of specialized care or are in hospice.

We are delighted that all of our other sanctuary animals have settled into wonderful and loving new homes. 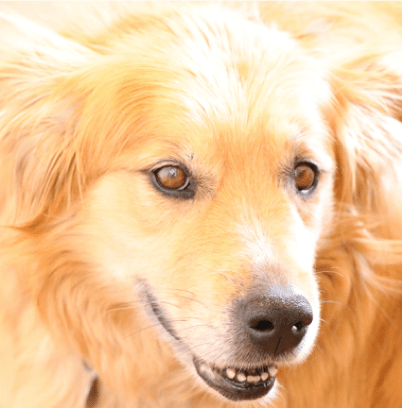 One only has to look at this happy, smiling and laughing face to know this beautiful spirit.

We were asked to help Rosie because she endured a very difficult life before being given up with her aggressive brother…We know that the pair lived on a concrete patio with a wooden palette for a bed, guarded the property with their big barks, did not go for walks but was praised for chasing cats away….and Rosie was allowed to eat herself into becoming morbidly obese, arthritic, almost unable to walk and with a serious heart problem.

After several weeks with BrightHaven Founders Gail and Richard Pope and our Menu for Healing, 9-year-old Rosie lost 10lbs in weight! Her red fur gleams in the sunshine and she valiantly tries to keep up with her new, beloved brother Ziggy on their walks. 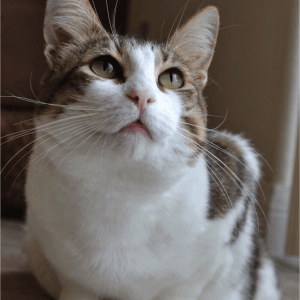 Sasha arrived at BrightHaven after being rescued in Los Angeles. She had been  stoned by a gang of kids while protecting her kittens, which left her with a broken back. Born around 2007,  Sasha joins with all the other BrightHaven paraplegic cats and dogs to teach us silly humans not to offer her sympathy but to see and understand that although she may have a broken back, her spirit is strong and vibrant, and life is good!  Sasha can scoot easily and quickly and also climb to a couch if she so desires… in fact there really is nothing she could not really do if she set her mind to it we are sure. Mostly Sasha is to be found in the gardens, sunning herself and watching the world go by… 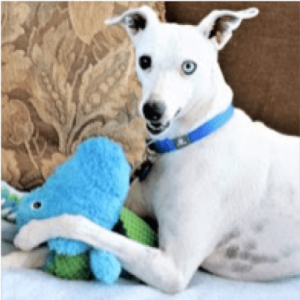 Ziggy and his
brother were left at a shelter, due to the imminent arrival of a baby in the family. Ziggy was devastated and then fell into terrible despair when very soon his brother was adopted. He had lost all that he knew — his family and then his brother. He is a special, kind and forgiving dog who has opened his heart fully to us.

Sensitive and soulful Ziggy  is a little dog housed in a big dog’s body who hates water, runs from the sprinklers, just cannot even bear to get his feet wet and knows every inch of and enjoys his walks. Most of all he loves to try to curl his big dog body into a lap only large enough for a small dog!! Ziggy does have a little disorder of his digestive system, but is too embarrassed to mention it…