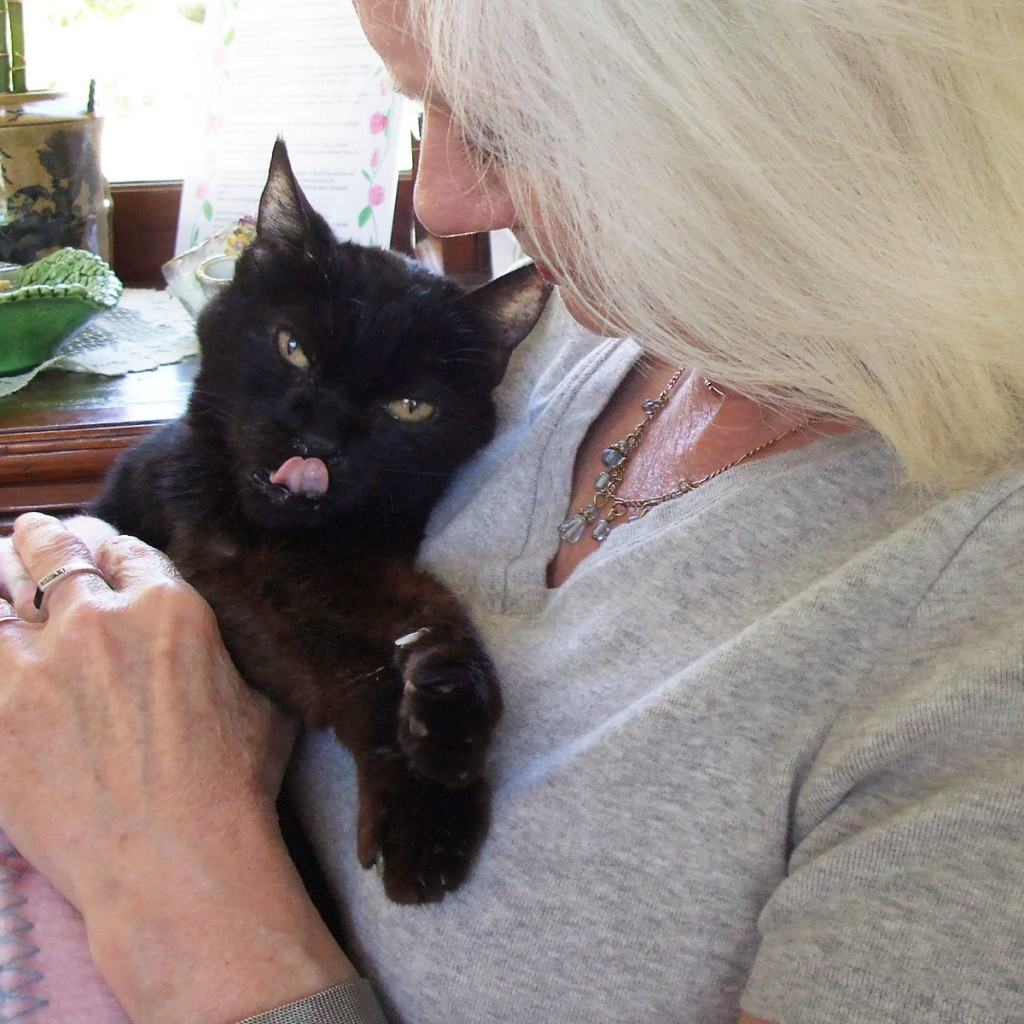 Senior, disabled and chronically ill animals are often viewed with pity and sadness.

At BrightHaven, these special beings are respected as wise professors, teaching willing humans a lot about the circle of life and how to live each day to the fullest, regardless of one’s circumstances.

Here are just a few of their stories.

Jackie arrived at BrightHaven in August of 2001 and succeeded to touch the hearts, souls and lives of people too numerous to know, or count.

Jackie had previously sustained a fall that curtailed her jumping ability. After a flea treatment, she became neurologically impaired, shook uncontrollably and gradually lost the use of her limbs and ability to move.

Jackie spent most of her six years here in bed, unable to stand, much less walk. She taught us about joy and bliss; in fact this truly unbelievable spirit never once complained about her lot. She ate well, laughed a lot and truly enjoyed her life, mostly with at least three other animals delighting in her presence.

Jackie came to BrightHaven with a mission to teach people how to learn to live in the moment and to be happy. She definitely succeeded!

Born in 2007, Talya came to us from Turkey. Her back was broken when, while nursing from her mother, she was hit by furniture thrown from an apartment window above. Talya suffers occasional and serious bladder and kidney trouble, but her spirit remains strong and tough!

This once stray girl can best be summed up by adjectives such as strong, vibrant, feisty, loving and passionate. Many visitors to BrightHaven have been charmed by and lost their hearts to this incredible monkey with her inherent sweetness and surprising gymnastic ability as she scoots faster than most can walk, climbs the highest cat trees, adores her life with a passion and never hesitates to bite if she feels her wishes are not being respected. Watch out!

Bailey is our special world traveler, who came to us all the way from the streets of Taiwan! A lovely couple rescued him from almost certain death in 2009 and contacted BrightHaven. Bailey has touched the hearts of many since he arrived at his new home.

Bailey has a broken back, most likely from being hit by a car while living on the streets, and his hind legs are paralyzed. He loves to feel the wind in his fur as he zooms fearlessly around in his cart. Look at Bailey go!

Our Indiegogo campaign closed in June 2014. If you wish to contribute to BrightHaven, visit: http://bit.ly/22A2qTt

When he’s not in his wheelchair, Bailey’s favorite place is on the sofa where he can keep an eye on all of the activity going on around him. Bailey loves to greet visitors!

The purpose of life is to live it;
to taste experience to the utmost;
to reach out eagerly and without fear for newer and richer experience. –Eleanor Roosevelt

2
0
0
1
0
0
Copyright: This document is © copyrighted and is the property of BrightHaven Inc. and it must not be reproduced or presented for commercial purposes without prior express written consent from BrightHaven.