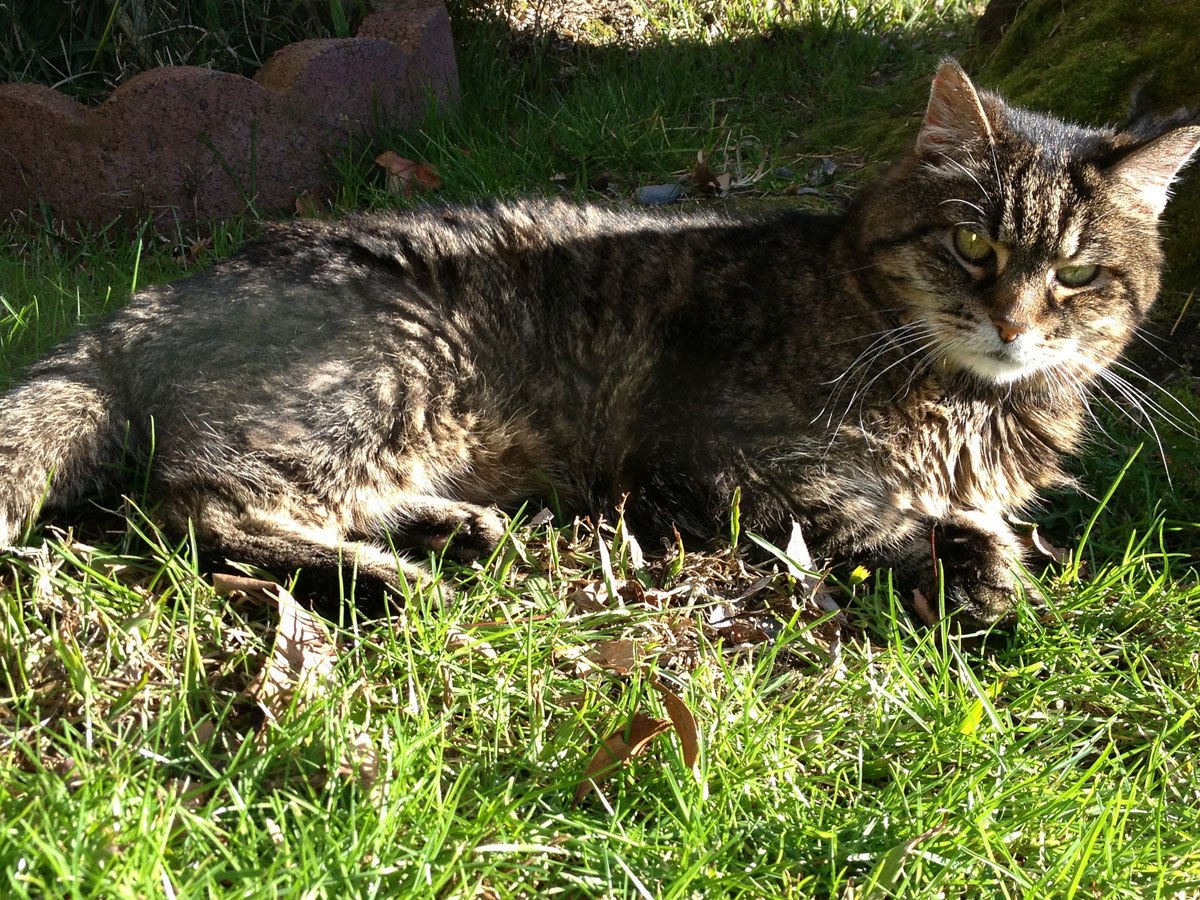 As we pass closer to the end of life, we are always aware as in any hospice situation that death may actually not be the outcome expected – even sometimes in the most dire of situations. A short while ago we experienced just such a situation at BrightHaven and I would like to share it with you.

This is Daisy’s story

Darling Daisy, around 17 or 18 years old, came to us after most probably being hit by a car. She was found in the street walking in circles and taken to the vet by her rescuer and now very good BrightHaven friend, Annie. Blood work was performed and it was decided to do no more than supportive care, as this girl was most likely not going to make it. She was loved and cared for initially by Annie, and when she did not die quickly as expected, Daisy was given the best of both conventional and holistic care with no changes seen to either her behavior or blood values. It seemed her liver and thyroid values had their own required levels!

And so this dotty, old, mostly incontinent, lady, who walked in circles and lived mostly in a world of her own, came to BrightHaven for hospice care. Daisy loved her new natural, raw meat based diet and blossomed under the BH regimen of healthcare. We were lucky to enlist the services of Dr. Jeff Feinman and under his care her blood values improved and she pushed her frail old physical body through each day as she tottered drunkenly around, loved and adored by all who met her.

Then came a change. For several days Daisy became more disoriented, and had trouble concentrating well enough to eat or drink. She could barely balance well enough to walk either, and became completely incontinent. Remedies helped not and she finally collapsed to lie completely paralyzed. We transferred her to a mobile bed, considered euthanasia only briefly, but then consistent with our philosophy simply stepped up the pace of her care. During this precious time animals gathered to surround her in love. There was Gabby, also in hospice care, Talya, Rosie, Johnnie and Joey, along with staff and volunteers to offer love and Reiki.

Neill and Dr Jeff, her classical veterinary homeopath, who was on call and receiving videos of her daily, prescribed, and for weeks we fed her by syringe, surprised that she could even still swallow. Occasionally she could lap water if held right up but it was so difficult for her that we mostly syringed water as we could and watched her slow physical decline.

Her muscles atrophied, her strength waned, neurological impulses racked her body and her sensitivity to sound or vibration of any kind grew to an intense level. Then, a day after Jeff had prescribed a new remedy, and Daisy had also received some Reiki and laser therapy, we noticed a gleam in her eyes and thought – ah, how lovely that she is declining without pain or obvious suffering…surprised we were to then see a little movement in one of her back legs…along with some neurological movements elsewhere in her body – actually, the kind that often indicate the dying process to be under way.

We watched and waited and gently massaged those leggies just in case. Next, Daisy began to refuse her syringed food…sad? but no – she actually wanted to eat on her own, with her plate held high enough for her to lick the food off by herself. Unbelievably, this girl persevered each day until she was very clearly stronger and really kicking her back legs in frustration as she tried so hard to get up.

The day came when she struggled to her feet and shocked us all. She moved back to a low level bed. We tried a little rehab with a wheelchair but that proved far too frustrating for this old and determined biddie…..and within a few days more she was up and staggering around again. Quite unbelievably, as time progressed, Daisy became stronger and much clearer of mind than before her collapse.

And so my friends we learn over and over again not to anticipate death but to remain open to what “is”.

Several months later on Friday the 13th of September, 2013 Daisy did die and her passing was as sweet and peaceful as we all wished for her.

“Death is not the extinguishing of the light… it is the putting out of the lamp because the dawn has come.” ~ Indian Poet Rabindranath Tagore 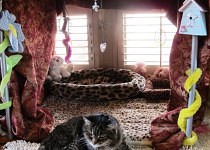 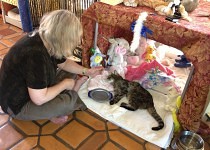