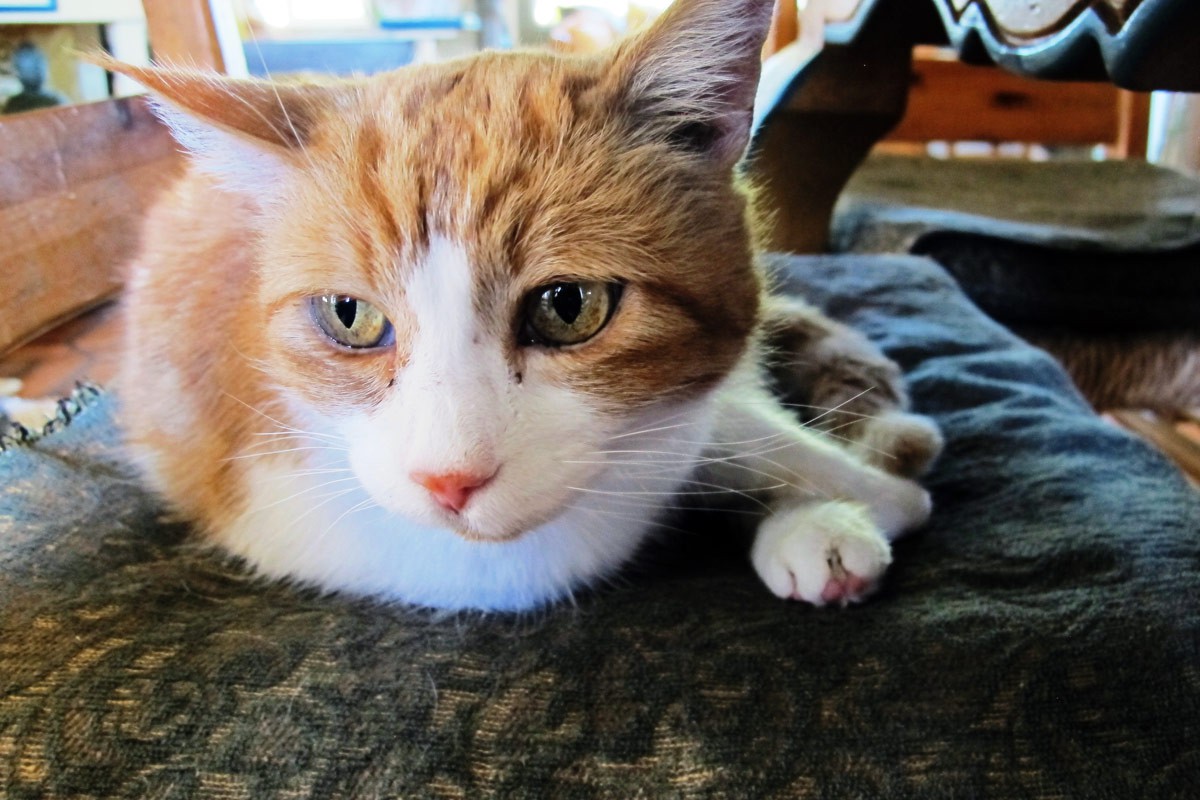 My heart is heavy this morning as I write to tell his many friends of the death of our beloved Johnnie angel, as he was fondly known.

Johnnie came to us in 2001 as a young feral cat who became fascinated to watch our cats at play through the garden fence. When he could stand the excitement no longer, he walked straight through the door I held open for him – straight into our lives and hearts.

Johnnie was filled with love and joy from the start and this was evinced throughout his life by the passionate love affairs in which he indulged. He gave his heart to Eric first, almost never leaving his side (despite the fact that it took Eric some months to actually get used to the idea of having someone so attached to him!) and then, when Eric died leaving Johnnie bereft he turned to his next feline love, Sammie and from thence to Ginny, Chester and Vancouver.

In turn each died leaving Johnnie alone and grieving until the next came along to heal his heart. After the death of Vancouver Johnnie changed somewhat, as did his love life. Maybe had had learned his lessons well and it had simply become time for the next phase of his journey through this life…who knows, but, after Vancouver passed, Johnnie’s life completely changed and there was to be no new feline love for him.

From that time forward Johnnie dedicated his life to the healing of the human heart. He always knew when someone was hurting badly from grief, loss or illness of any kind and became well-known at Brighthaven seminars and tours for the hundreds of times he would approach a needy soul with loving kindness to stretch himself out gently across their needy heart and lie there peacefully so they could release some deeply held pain or sorrow.

Over time, Johnnie’s kidneys began to fail and his own heart weaken – perhaps from all its hard work over the years. He never lost his adorable baby face but one could see the tides of time were catching up and his time, becoming short.

Last weekend found me in Indianapolis, presenting about natural dying at the annual IAAHPC animal hospice conference – as darling Johnnie lay in his own dying process at home. My heart hurts greatly that he left as I was en-route home to be with him to bid a last fare-thee-well, but I understand and know he had to go.

I am beyond grateful to my family – Richard, Fray, Blanca, Vicki, Richard C and John, who remained at Johnnie’s side and cared for and gave him all the love he needed during his dying process. Gratitude too, to his wonderful veterinarian Jeff (Feinman) for always being there to proffer his expertise when needed.

There truly is a new angel in heaven. 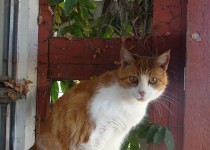 Johnnie on the logs 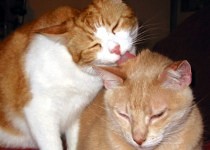 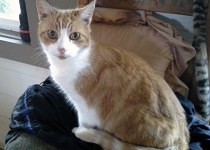 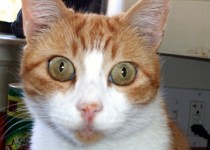