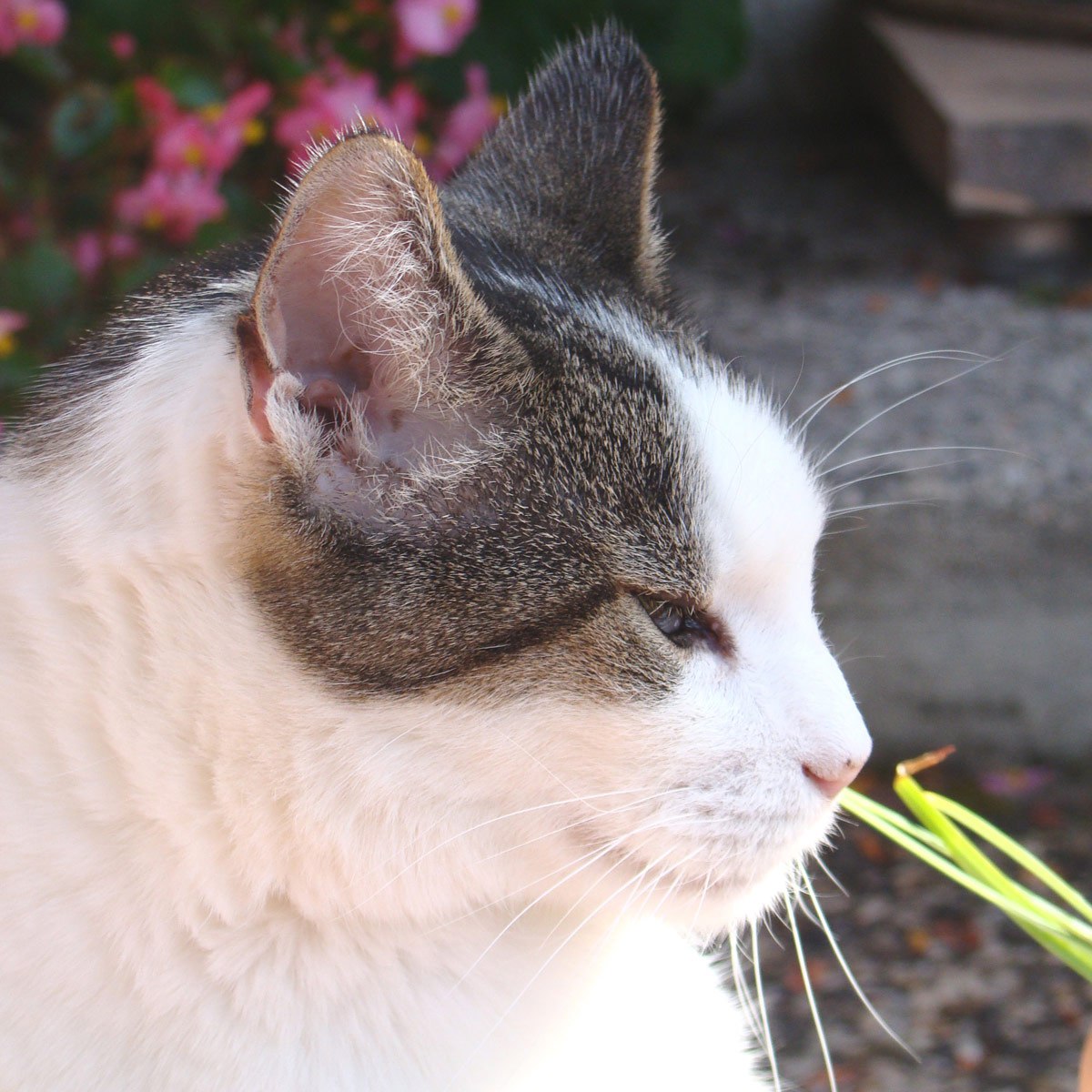 Here I sit with pen poised and no real idea how on earth to best portray this sweet and gentle giant whose only aim in life was ever happiness and to share it with everyone he met.

Turning the clock back two decades found Neill and his sister Mimi hitchhiking along a wooded canyon road where they were lucky to be spotted by our daughter Kirstie. Happily hopping into her car they began a new and exciting life with Kirstie’s already swelling feline family. (She is my daughter after all!)

But that was not to be the end of the story, as Neill met the great love of his life soon afterwards and subsequently demanded relocation. And so it was that Neill and my Mother found perhaps the greatest love of all together – until the day she died. And, during her days in hospice care at home, Neill was ever attentive and loving – loving mostly to lie right on top of her – although sadly almost as heavy as she by that time…!

For three weeks Neill remained in his home after Mummy died, refusing to leave and come to BrightHaven next door. Finally the day arrived and he strode ahead of me into his new home. Time now to teach the young folk next door about love and life and living in the moment, perhaps he thought. At any rate Neill very quickly stole hearts of all he met, loving his new life with so many new and fun friends.

He soon became a volunteer favorite as well as a practitioner favorite too, not to mention those wonderfully relaxing Reiki seminars! Laid back and rather rotund, Neill adored the attention from volunteers who were clearly sent to grant his every whim. He also reveled in each and every form of energy healing he received. His favorites were Reiki, VOM and laser therapy, each of which he drooled in ecstasy over.

After a dental procedure last year, Neill rapidly developed renal problems which worsened quickly – or maybe he felt the energetic tug to be with those previously greatly loved, but once his decision was made, Neill left us behind in just a few short days – to mourn the loss of such a gentle, caring and charismatic giant.

Praise and blame, gain and loss, pleasure and sorrow come and go like the wind. To be happy, rest like a giant tree in the midst of them all. -Buddha 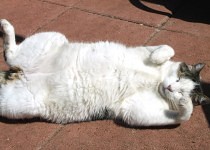 Neil in the garden on his back :) 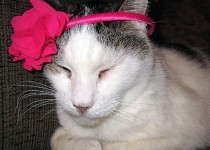 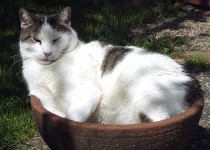 Neil in the garden pot