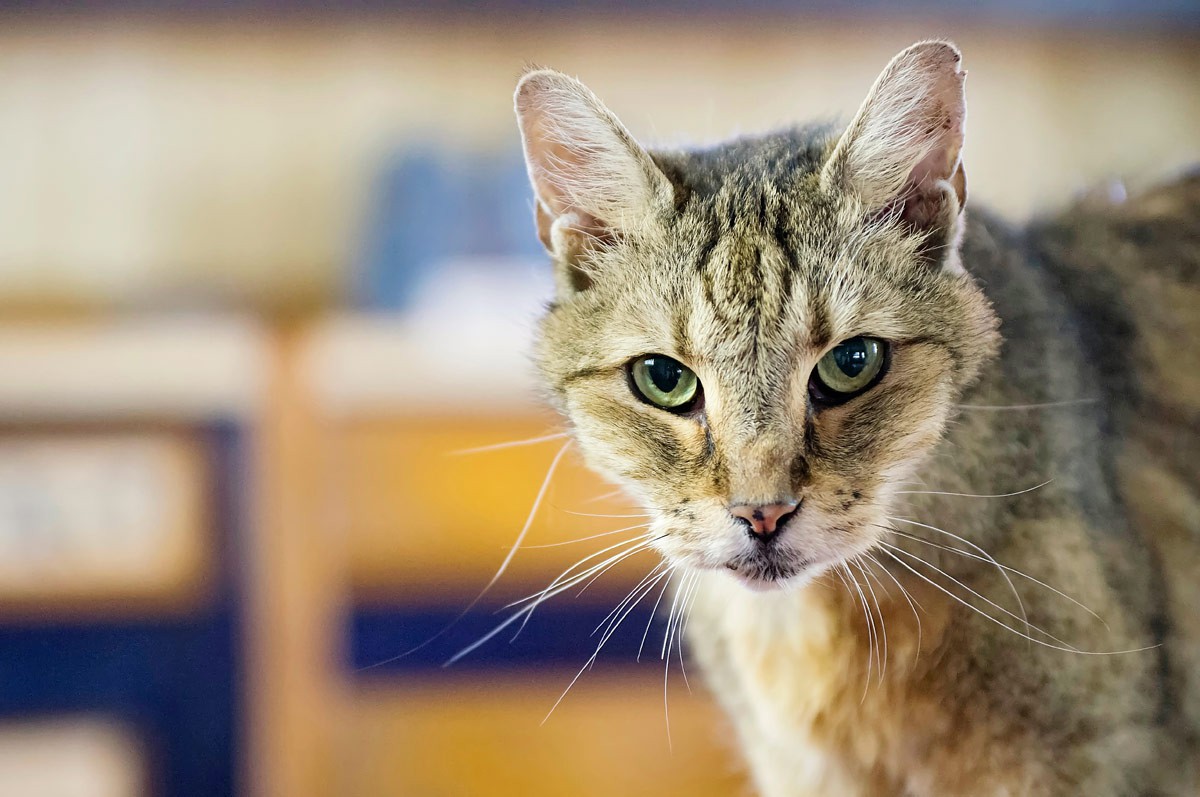 The morning of October 20th marked the passing of a BrightHaven icon.

Rescued from the streets, emaciated and desperately ill, Sam came to BrightHaven to die in peace, in July 2013. Instead of dying though, Sam concentrated his attention on living – with a capital “L” – and in doing so deeply touched the hearts and lives of the many who crossed his path.

As I know some will be curious to know more….Sam was very severely hyperthyroid, with desperately high levels of T4, which in turn caused problems with all his other organs. His heart suffered most and struggled to continue and, looking back we have to wonder if this was because of his gross overuse of it during his lifetime!!

Let me enlarge upon that comment for you. Upon arrival at BrightHaven, and knowing we could not keep him as we were closed to new arrivals, Sam lost no time in cuddling us all and stroking our faces lovingly with his paws. He purred gladly through his physical exam and blood draw and when Richard arrived on the scene he immediately leaped to his shoulder from whence he could lick and stroke Richard’s face during his enthusiastic plea for a home. Of course we could not resist his charm and Sam stayed on to die…Our lovely Dr. Diana (Bochenski) gladly accepted him as her patient and we worked in tandem via homeopathy, immune as well as organ support and, most importantly, with a new and natural raw meat diet. Sam told us that he was unable to read his blood panel and encouraged us to throw it out and concentrate with him on daily life and so much more love.

Those who know BrightHaven well will know that love is the primary ingredient in our wellness regimen and it seems that Sam had an abundance to share. Maybe the photographs alongside will demonstrate his sweet and gentle self. He amazed everyone by responding to the natural care and became one of the most famous of all BrightHaven animals in 25 years. Reiki seminars, volunteers and friends were clearly sent for his delight and not a person left un- charmed – also perhaps marveling greatly at how he filled everyone’s lives with love and joy while all the time urging his old, tired, emaciated and failing body along.

Time was short we knew, for this aged guru who spent his life exuding love and compassion for others, and I know the many of you who have been touched in one way or another by this great soul will have joined me in a few tears as I’ve reminisced. Sam’s last hours were, of course, spent cradled in my arms and when death came, he accepted it with a gentle grace as he slid from his physical self into a new world.

Death is not the extinguishing of the light… it is the putting out of the lamp because the dawn has come. ~ Indian Poet Rabindranath Tagore 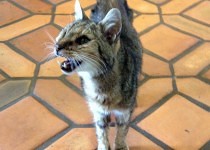 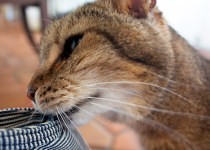 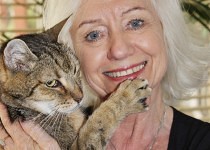 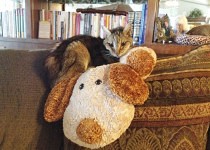